Some people claim that we at Clackamas United Church of Christ are open and affirming of our LGBTQ siblings *in spite* of what the Bible says. That is false. We are open and affirming *because* of what the Bible says. Please read Acts chapter 10. The biggest controversy in the first few years of the church was whether to fully include Gentiles as Gentiles, or whether they needed to be circumcised first. Getting circumcised would cut off part of a Gentile’s sexuality, but even more, it would cut off their identity as Gentiles. But here’s the most important point, there was a Biblical Law that said, “Every male among you must be circumcised (Genesis 17:10). If a male was not circumcised, they were labeled as unclean.

This was a stumbling block for many Gentiles in the first few years of the church. The Law clearly says you had to be circumcised in order to be included, but really, who wants to do that?!? 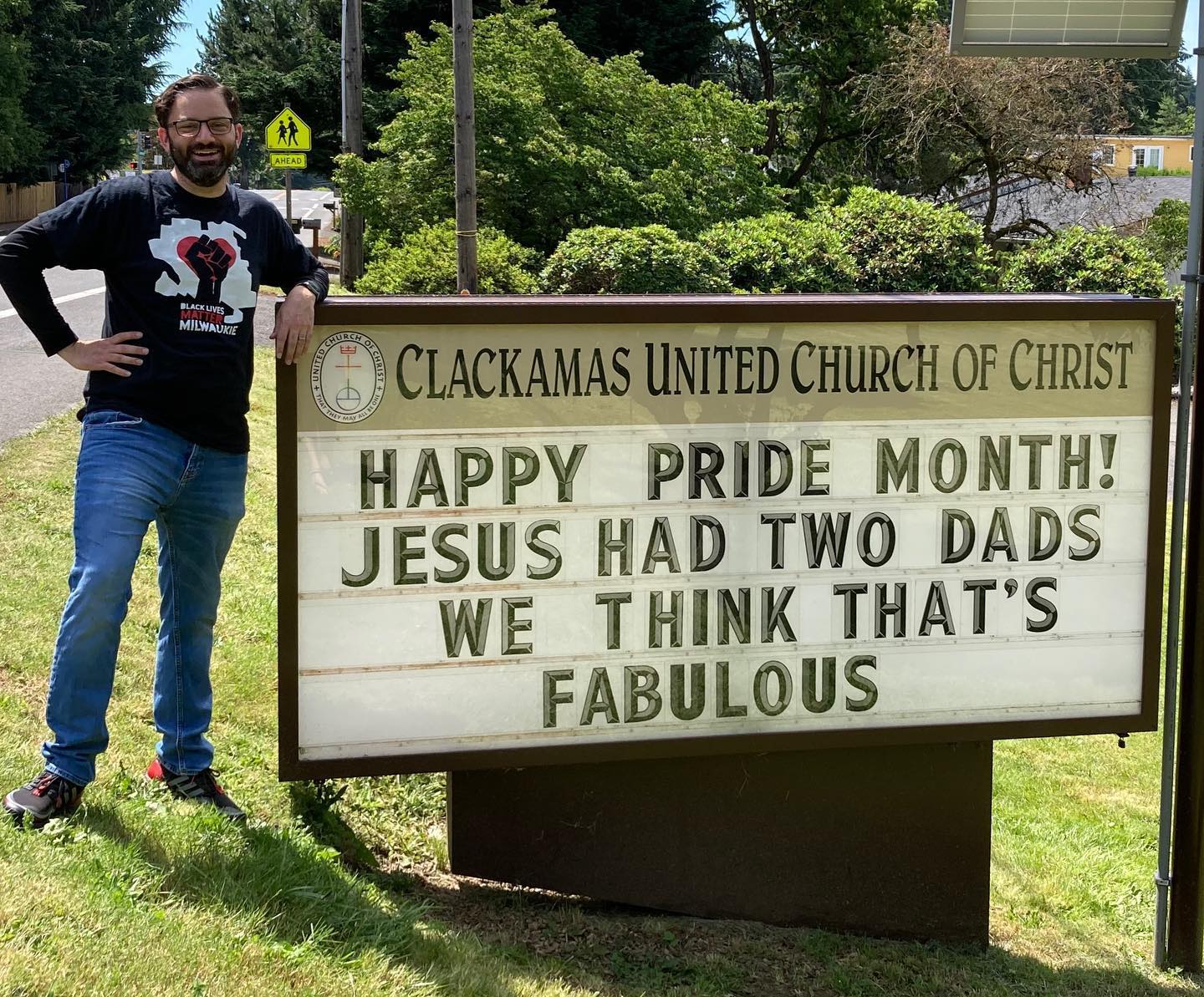 Here’s where Acts 10 comes in. The apostle Peter had a vision while he was on a roof. He saw a sheet coming down from heaven with many animals that according to Biblical Law were unclean. Peter wasn’t even allowed to touch those animals. But he heard God say to him, “Get up, Peter; kill and eat.”

Peter replied, “By no means, Lord; for I have never eaten anything that is profane or unclean.”

Peter was being a good follower of the dietary laws. But God was changing Peter’s understanding of the law.

God said to Peter, “What God has made clean, you must not call profane.”

That blew Peter’s mind so much that God had to repeat it three times. After all, Peter was just following the law. And now God was doing something radically new!

When Peter woke up from his vision, he realized that the message wasn’t merely about eating bacon. (Thank God for bacon.) It was about the law and the Gentiles. After his vision, a group of men met Peter and took him to a Gentile’s house.

When he entered the Gentile’s house, Peter said that it was unlawful for him to even be there, but then he flips the script of Biblical Law forever, “but God has shown me that I should not call anyone profane or unclean.”

This was the biggest controversy in the early church. Many claimed that Gentiles needed to follow the law and get circumcised.

But Peter’s vision won the day. Those who insisted that Gentiles had to follow the Law and cut off part of their sexuality and identity were backsliders because they continued to call Gentiles unclean and profane despite this new vision from God. They were wrong.

Because God has shown us all that we should not call anyone profane or unclean.

If you are LGBTQ, you do not have to cut off any part of your sexuality or identity to be a full member of the church. We know this because the book of Acts opens the doors of the church to all people.

You are not profane and you are not unclean. Nobody should call you that because you are a holy and beloved child of God.

Anyone who says that you need to repent and change your sexuality or identity as an LGBTQ person because according to the “Law” you are profane or unclean is backsliding from the Christian message.

They are unconditionally loved by God, just as you are, but they are the ones who need to repent. You do not. Because according to the Bible, God has shown us all that, no matter what any Law says, we “should not call anyone profane or unclean.”